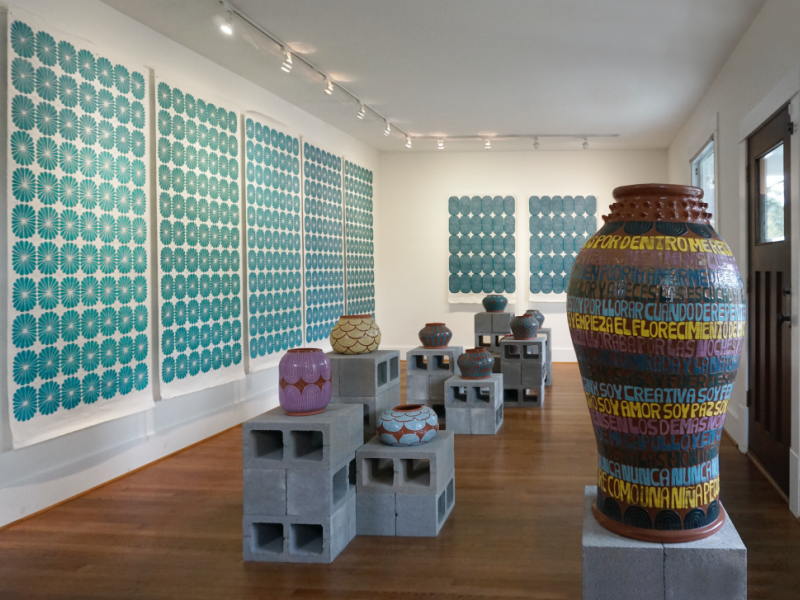 Gabriela Martinez was born in Tarimoro, Guanajuato, Mexico in 1995. She received her BFA in Studio Art with a concentration in Ceramics from Texas State University in 2018. Martinez has exhibited work at the Conduit Gallery in Dallas, the Texas State Galleries in San Marcos, as well as at the Historic Pearl Brewery in San Antonio, and the Rockport Center for the Arts. Martinez’ work explores the interplay between surface and form. Inspired by indigenous Mexican and Native American art, she carves patterning and lettering onto vessel form. She currently lives and works in Houston, Texas.

Artist Statement Gabo Martini makes ceramics, works on paper, and functional vessels inspired by indigenous Mexican and Native American visual traditions. Martini works with terracotta clay, used over millennia by craftspeople to produce brick pavers and humble utensils, coated in vibrant glazes reminiscent of the Mexican colonial towns where she spent her childhood summers. The intricate aesthetic of Martini’s work often describes its own making, as well as the complex history of labor and production in Mexican craftwork. She draws upon both traditional and contemporary motifs, using sgraffito to incise patterns and text into the undulating surface of each form. Her large, colorful relief prints represent another reductive process that echoes the carved details in the ceramics. 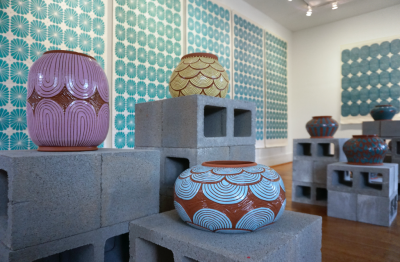 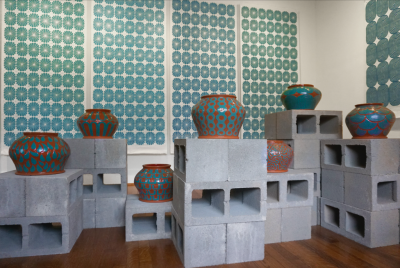